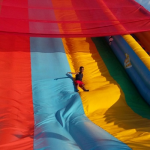 Childminder in London Borough Of Croydon

Babysitter in London Borough Of Croydon

Hello parents
My name is Charlene in ofsted registered
I consider myself to be very caring ,patiant and trustworthy. I live with my two loving boys aged 10 & 5 .
I have over 12 years experience in childcare working in schools as a sen and mainstream Lsa
I have first aid
Sen levels 3
Safe guarding
I am fully DBS checked and currently have full and part time spaces available .

I have over 12 years experience working with children of various ages and I have 2 of my own .

This childminder has not yet informed us whether or not they provide any drop off or pick up services at local schools.

Below are the latest reviews for Charchar. Please note that reviews represent the subjective opinions of other Childcare.co.uk users and not of Childcare.co.uk. Parents must carry out their own checks and references on childcare providers to ensure that they are completely happy before enaging in the use of their services.

this childminder is very dishonest and a thief. I made a deposit of £130 for a child, did not make deposit for my other daughter because i needed to be sure of my schedule. Unfortunately, my education was ended because i was not eligible for student finance. I informed her, and asked her that i would not need the services of a childminder because the purpose of the childminder was because of my studies and now that i won't be studying again, it won't make any sense. As agreed that i would need to give her two weeks notice, i was expecting her to tell me i will get my refund in two weeks, she said i can not refund me, that its a loss on her part. Saying, i made her to stop taking children, whereas, she had no kids before i came to her and during the time i was with her. Also, was giving me complains that she NEVER made when i went to collect my daughter, I would need her credibility to be investigated.
Has a poor setting, even when i informed her about somethings in her setting, which she promised to change but never did. Very dirty and goshhh, i had to make do with her because i needed a childminder urgently, which unfortunately did not go well.

This parent has an issue because she was denied financial support from her university. As a consequence she was not able to attend and no longer wanted to send her two children for my services. Unfortunately, I already held two spaces for both of her children for 6 weeks, declining other work and so on only to be told on 19th September 2019 that she no longer requires the space. The contract and paper work was already issued to the parent over a month ago disclosing that after a period the refund is non refundable. The parent has verbally and physical threatened me and my children alongside threatening to defame my company. I have already contacted the police in regards to this parent and will no longer be liaising with this parent. If any other parents want to contact me in regards to this review I have the messages that were sent by this particular parent to prove that this parent has been blackmailing me to avoid writing this review.

What is in the dark will always come to the light, God bless you all

I strongly recommend Charlene care for your child. It’s been amazing with my daughter and the service is at the top.

Charlene provides an amazing service. I have two kids in her care and I have never worried about their welfare whilst at work.
She engages and provides healthy meals for my children and she takes them on outings and provides a stimulating environment for them. My children feel very at ease, comfortable and most importantly very happy with Charlene which puts my mind at rest as I worry a lot.
I find Charlene very welcoming, nurturing, kind and caring and willing to go above and beyond than most childminders to help a family.


I have no hesitation in recommending Charlene.