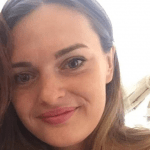 I am a 32 year old Canadian girl who has been working in childcare for over 10 years. I am starting a Masters in Family and Child Psychology this October and am looking for part-time work (15-20 hours weekly). I have over 10 years of childcare experience, both in day cares and private homes as a nanny. I have been lucky to be able to work internationally in Canada, Paris, Dublin and London.

My first childcare related position was working at a summer camp and organizing the toddler program. The following summer I took a summer position at a day care, but it ended up working out so well that I continued to work there for over three years while going to university (BSc Major in Psychology, Minor in Biology). I was really lucky because I worked in all of the different rooms, infant, toddler, preschool and even the after school group (ages 6 months up to 10 years)! After university, I moved away to a larger city and worked as a nanny for a 2 year old girl and when that contract ended I worked as a day care teacher.

I moved away to get some of my travel bug out and lived in Paris, France for a year. It was a wonderful experience and it encouraged me to make the big move to London as well. I lived in nanny for two years working as a nanny for two families and absolutely loved it. After that I moved to Dublin for two years as a nanny and am looking forward to the move to Chester to study.

I love being outdoors and exploring new areas or going on adventures. I also love doing yoga and reading and baking!

If you would like more information about my previous childcare experience feel free to contact me and if you think I would fit in well with your family I would love to hear from you!

From February 2019 until January 2021 I was living in Dublin as a nanny working with a 2-year-old boy. I started when he was just 10 months and so I aided in lots of his development! In 2019 we were always busy going on outings to soft plays, sensory classes, to the library and on adventures on the bus/train. Unfortunately, as we all know things changed in 2020, so we would spend a lot of our time outside in nature! Luckily we were near to parks and we would go every day, we'd discuss what we saw outside and learn about different animals and learn about what lives in the streams! We'd spend our time inside with some independent play, baking, reading books and as he got older he loved doing yoga!

Prior to that, I was a nanny to two lovely families in Clapham. I had been with one family for two years, the children were 3 and 5 when I started and 5 and 7 when I left. I was with the other family for one year, two boys aged 1 and 3! The older children and I would go on big outings in the city during half term/holidays, to Southbank, different museums, and different classes. During term time I would bring the children to and from school. With the younger boys we were often at the parks getting our energy out and I'd bring the oldest to his swimming classes.

In September 2015 between living in Paris ang going to London I returned back to Canada after Paris and was a nanny for adorable two girls, 2 and 5. We had daily outings, to parks, drop-in centres, the library, or playdates. During the summer we would do bigger activities like going to museums, zoos and to Toronto Island. We would spend a lot of time outdoors, but when we were indoors we would read, do yoga, make lots of artwork and bake.

In September 2014 I moved abroad to Paris to work as an au pair. I initially worked for one family with two children (boy 9 and girl 7) for 7 months. I picked them up from school and brought them to different activities, helped with homework and helped teach them English! After the 7 months I worked for two different families, one family had two boys and the other two girls, I worked with the girls four days a week and the boys, one day a week. My duties were the same as the first family, to encourage speaking and learning English and to keep the kids safe and happy during pick up and to and from activities.

From November 2013-August 2014 I worked in an infant room at a daycare, with an age range of 11-20 months. We brought the children on outings, to the park, library, and to drop-in centres. We sang songs, read stories and played age-appropriate games to encourage proper language, social and emotional development. We were aware of the developmental milestones of this age group and worked with each child to encourage them to hit each milestone.

In the summer of 2013, I was a part-time nanny to a two and half year old girl; we would go on outings everyday to a variety of places, the park, library, AGO, etc.
I would clean up after her, washing the dishes we used for snack or lunch, sweeping the floor and cleaning up the toys. I helped with potty training with her parents, as she needed to be potty trained for September, and she was ready and able when she started Montessori school.

I worked at a day care for over three years, from July 2009 until August 2013, and the rooms I worked in mainly were the infant room, toddler room and preschool room but I also worked with the primary group and after school group.
In the infant room the ages ranged from 6-18 months. We had a ratio of 4:1 and there were two teachers in that room. We would feed the infants, take them on outings, entertain them with stories and singing. We would also paint with them (usually finger painting). We had a nap time for the infants as well.
In the toddler room (18 months-3 years) we had a ratio of 6:1, with three teachers. We would have snack and lunch with the children, we would take them on outings as well. We had a beautiful outdoor area and we loved to bring them out for outdoor play, which would include water play. The toddlers also had nap time.
The preschool room (3 years-5 years) had a ratio of 8:1, with three teachers. We also went on a lot of outings with that room too; we would bring the children to the library, or on walks to check out construction that was going on (they all loved "diggers") around the daycare.
While working at the day care I also volunteered tutoring a child one-on-one who had a learning disability.
Previously to working at the day care I worked at a summer camp where a coworker and I organized a toddler program.

I am hoping to find a three day position (with long hours).