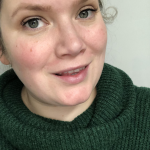 Nanny for the past 13 years, working in a multitude of positions both abroad and in the UK for a wide range of families. A highly creative, organised and versatile individual who adapts well to new situations. Hard working, trustworthy with the ability to remain efficient and good humoured under pressure. Extremely responsible, flexible and reliable. I am a competent cook who has always been required to cook for children and include children in the process.

Personal Profile
A highly creative, organised and versatile individual who adapts well to new situations. Hard working, trustworthy with the ability to remain efficient and good humoured under pressure. Extremely responsible, flexible and reliable. I am a competent cook who has always been required to cook for children and include children in the process. I have my food hygiene certificate. Non smoker, full clean driving license.

Work History
September 2018 - February 2020: Part time, sole charge Nanny. G8, G11
March 2018 - November 2019: Part time, sole charge. G11, B8, G5.
January 2018-August 2018: Part time, sole charge Nanny. B3 and G1. Boy was non verbal autistic so this job had quite specific criteria.
August 2017-December 2017: Maternity cover, full time sole charge Nanny, Harrogate. G13, B10 and B8
March 2013 – August 2016: Full time Nanny, Bakewell, Derbyshire. B,5.B,3.
April 2011 – November 2012: Full time Nanny/P.A., Regent’s Park, London
Sole charge for 2 children; boy 8 and girl 11, this family are in the public eye so confidentiality was important. A lot of PA work was included in this position and upto 4 hours, per day, of tutoring for the boy. The parents were divorced so this position required great organisational skills and flexibility with working hours as the children moved between houses.
January 2011 – March 2011: Temporary Nanny/P.A., Belgravia. Full time, sole charge Nanny for one little boy, 16 months. This position also included some PA work such as organising their house move for them. This job required a high level of discretion.
November 2010 –December 2010: Temporary Nanny position. Three girls, 6,10 and 11 – full time, travelling with the family to Marbella for 2 weeks on holiday. This position required me to help to prepare the eldest daughter for her 11+ exams in January. The eldest daughter has dyspraxia and English is the family’s second language so this had to be taken into account when helping with the exam preparation.
September 2010 – November 2010: Live out Nanny and household P.A., London. Full time, sole charge Nanny for two girls,5 and 7. This position also required me to work as the family’s P.A. – organising the household, liaising between workmen and the family, managing the cleaner and driving for the children and father.
March 2010 – July 2010: Live in Nanny, Hamburg. Full time, sole charge Nanny to a 2 year old girl of a high profile family. I used my creative skills learnt through my professional training to instigate craft sessions which were designed for a 2 year old to maximise her developing imagination and manual dexterity.
February 2010 – March 2010: Live in Nanny, London. Temporary cover for a family with 3 children: twin girls 4 and a 6 year old girl. The family required me to travel with them to Austria for a skiing trip.
October 2008 – December 2009: Live in Nanny, London. Full time, sole charge Nanny to two children, b.5 and g,7. In my spare time I also worked for numerous other families and did some tutoring.
? 3 month old baby and her 4 year old brother.
? Tutored a Russian girl, 9, English to a level where she could get into a British private school.
? GCSE maths revision with a 16 year old girl.
? Two girls, 11 and 14
? Boy, 9, babysitting.
? Girl, 4, babysitting.
? Two sisters, 4 and 8.

Other Information
I was my Course Representative and Graduate Fashion Week Representative. In the Design Wales contest I reached the semi finals with my collection for the Welsh knitwear company "Corgi". I was the costume designer on a third year degree film and spent a week working on location learning how to work as part of a film crew. I also took an active role in every catwalk show in University, both on stage and backstage. At our show in the Millenium Centre in Cardiff I was responsible for the timing of the models during the show.

I am available for daytime work with my son or evening babysitting without him. Weekend work may be negotiable.