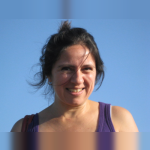 I'm looking for a part-time job. At the moment I'm working Mondays, looking after and teaching Spanish to a little girl(almost 2 years old).

I have 18 years of experience working with children.

I live in Sevenoaks with my husband and daughter, she is 11 years old.

Teaching Spanish at a Local School.

Nanny After School. Pickups from school, activities and prepare meals.

Duties: Having different activities with him and responsible for lunch, naps and teatime.

Duties: I help the mum at home with the baby and having different activities with the little girl. Cooking meals and advising the mum.

2014- 2015 I've been working with different families as mother's help and sole charge. Nanny part-time with flexibility.

Nanny part-time 3 days a week, in sole charge of one year old boy.

Duties included cooking boy’s food, laundry and organized and did activities with him.

Duties included cooking kid’s food, laundry and accompanied kids to different activities such as parties, playgrounds or visits to a Museum.

Reference’s name: Kiersten (they went back to America)

Nanny/Babysitter in charge of three Kids, especially with the little one, age 18 months.

Duties included cooking kids’ food, laundry and accompanied kids to different activities such as parties, play dates, lessons. I used to give them art’s lessons, which encouraged them to express themselves freely while enjoying.

Accompanied family on trips around Europe.

They went back to San Francisco.

Also included care of second child age 4 and third child age 2.(looked after both of them since newborn)

Accompanied family on weekends around Europe and longer trips to US.

Sometimes I did sole charge when his mum had to travel.