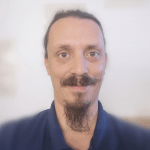 Darken Vale is a fantasy genre Live Action Roleplay (LARP) system. It is set in a world that will seem familiar to enthusiasts of fantasy literature, movies, and roleplay games. It draws inspiration from all of these sources and strives to be as inclusive as it can be in allowing new players to create and play characters drawing inspiration from their favourite book, film, or game.

In this way, Darken Vale’s simple and flexible system aims to be able to say ‘yes’ to a player in most instances, so that they can feel rewarded for creative character design, roleplaying, and group interaction. Of course, there have to be clear and unbending examples of where ‘no’ has to be stated within the rules. Darken Vale prides itself on its serious commitment and clear guidelines concerning system safe play, player health and safety and group safeguarding issues.

Within the simple but flexible rules system, players can experience LARP gaming which is easy to learn and enjoy. Players of all ages participate in the events, and all levels of LARP gaming experience (or none whatsoever) are catered for and welcomed!

Rules detailing how combat, spellcasting and player professions are governed provide the ‘crunch’ of the rules set. Attributes and abilities for player race and class provide differentiation and flavour. After that, it is down to the individual player to come up with their unique, compelling and personal ‘Player Character’ (PC), who they will act out and ‘roleplay’ during a Darken Vale event.

Player Characters interact with Non-Player Characters (NPC), supporting cast members and ‘extras’ who are the antagonists of the game and help move the plot along, provide combat opponents or interesting people to talk to.

Using these tools, the Elders, or Darken Vale’s plot creators and rules arbitrators, will weave stories where the PCs are the protagonists, the heroes of the piece, centre stage, top of the bill, they must make decisions, talk and fight their way through tasks and challenges, and ultimately, stay alive. As these characters grow and earn experience (XPs), they will increase in power, skill and ability, and ultimately become more powerful.
Our History
Darken Vale was created originally as a colony of the Myths & Legends LARP system from Larpcraft. Darken Vale grew and changed as Myths & Legends as a system developed and changed, until the decision was made by Darken Vale’s Elders to separate form Larpcraft and revert back to using a system more in keeping with the original set of rules that were initially introduced.

No reviews have been submitted for this Out of School Club.