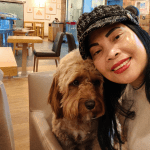 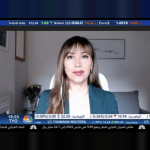 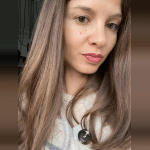 I am 50 years old based in Central London, I was born in the Philippines and live in Central London for 30 years to present and speak English and non-smoker. I am also a mother of two daughters who are now aged 29 and 14year-old. I enjoy working with children and most importantly creating a happy, loving environment for your child, taking him/her to park, zoo, playdates, and library. I love cooking so if you need extra help with this I am handy.

My last previous job was a Nanny/housekeeper to a loving family for seven years until they went back to their native country New York. My duties involve preparing meals, bathing, reading bedtime stories, washing their clothes and keeping them entertained and kept the house to a very high standard. I consider myself to be open with the children parents in regards to their developments as I believe it is very important for the kids to sit boundaries and good manners as part of my approach.

Although I have no qualification, but I believe to have the package parents were looking for for their children's Nanny/baby sitting. I can cook, iron children clothes, tidy children mess, keeping them entertain until they are sit for bed time. Apart from being a mother of two myself, I will bring my experience from my previous employer to yours.

I am looking for part-time or a full time housekeeper/nanny job as a live-out position. On top of that I do baby sitting, ironing and very high standard housekeeping minimum 4 hours, and max 6 hours.

Based on the duties required by potential employer. Please note combine job as Nanny & housekeeper my hourly rate is £35 net after tax and NI. Babysitter after midnight £28 per hour plus transportation home.

Below are the latest reviews for Liza. Please note that reviews represent the subjective opinions of other Childcare.co.uk users and not of Childcare.co.uk. Parents must carry out their own checks and references on childcare providers to ensure that they are completely happy before enaging in the use of their services.

Last Friday Liza came to my house to help with the cleaning as my usual help was sick.
She is very thorough and seem like she engage the job like a proper fight against dust.
She takes her job very seriously, and she was so dedicated that she even lost track of time.
She came despite having a mild cold (of which she informed me in advance) and a bad burn on her hand.

Thanks so much for your kind review Miki! It was a pleasure working for you in your household.
Thank you
Liza

I was interested in Liza’s profile which appeared first in my search and availability so I sent her a message. She immediately responded and we arranged to meet on the same day. She showed me a reference from her previous employer - the fact it was coffee stained caught my attention. I left it entirely to her to tell me when she would be available after showing her my place. The only constraint she shared with me was a full time employment starting in 5 months which wasn’t a problem for me. After the first visit, she started telling me how busy she was. After the second visit she started to put constraints like not cleaning terrace (which I did not ask for - she actually suggested it but I said I hired a company to do that). Then she sent me a text saying her schedule is full and she couldn’t come anymore before at least a month or two which in her words ‘wouldn’t be any good’. I told her she should be more transparent about her availability and the type of job she does/doesn’t do before taking on a job (hence the one star for ‘communicating’). Her cleaning is ok though she had to be told twice to empty the toilet bin, after cleaning the bathroom. She leaves cleaning stuff on the kitchen floor and the vacuum for me to put away - which is not expected from someone doing her job, let alone causing a hazard for my toddler.

Block Report
Add a Review See all Reviews Send a Message to this Household Help
Share this profile: