Childcare Costs on a Monopoly Board!

Monopoly is one of the most popular board games in the UK, so we decided it would be interesting to see what UK cities would look like on a Monopoly board, based on the average childcare cost.

We’ve analysed the prices that childminders, babysitters, nannies and day nurseries charge per hour across the UK, to find a location’s average price, and presented it on the Monopoly board to demonstrate the impact location has on childcare costs. 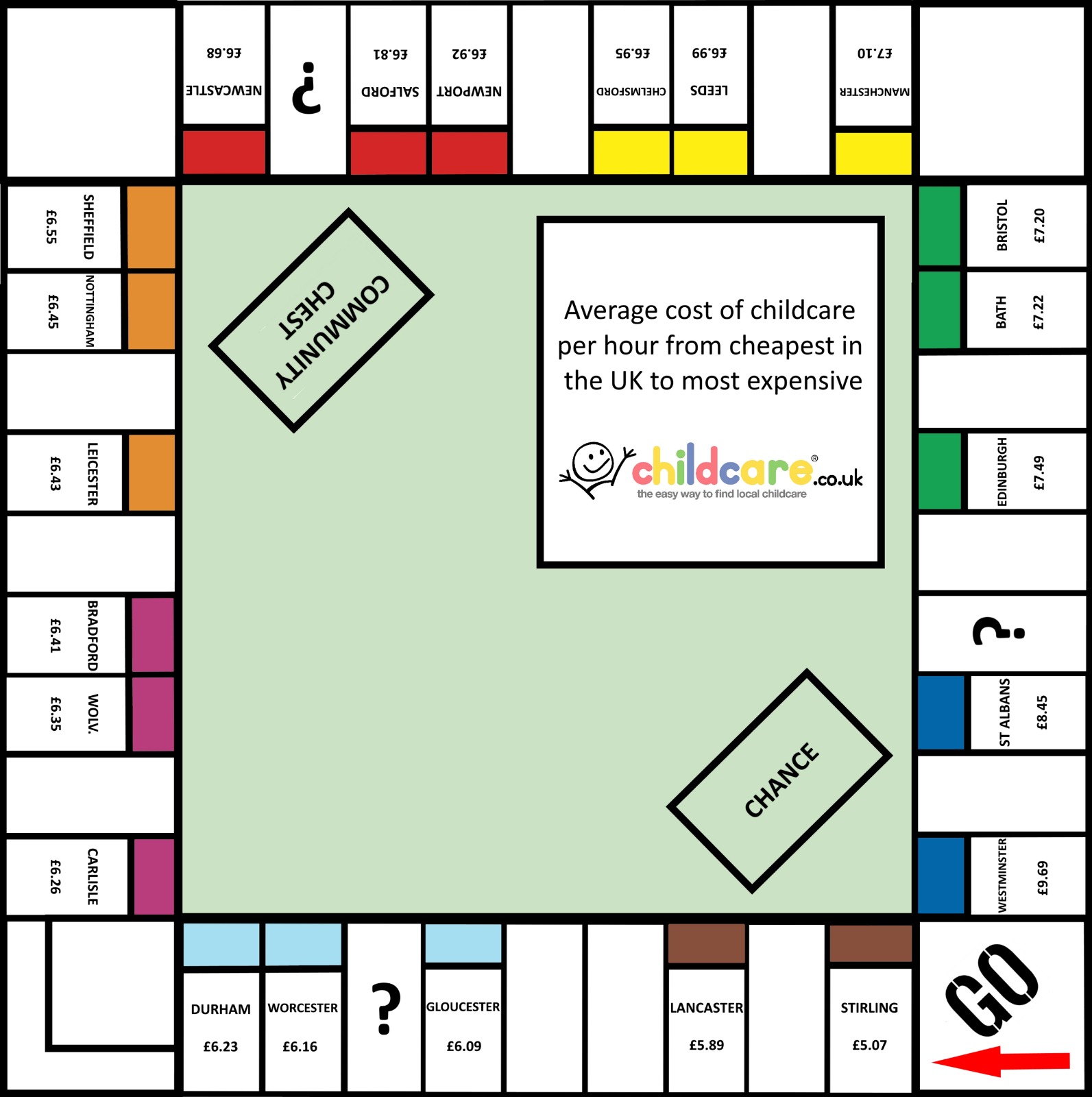 Overall, providers offering the lowest cost childcare were registered childminders and the most expensive were nannies.

You can see what the average cost of childcare by type is in your area using our childcare costs tool.

Westminster is the ‘Mayfair’ of childcare costs, whereas Stirling is the ‘Old Kent Road’. Areas that charge a medium cost include Sheffield as ‘Vine Street’ and Newcastle upon Tyne as ‘Strand’.

Monopoly is one of the most popular board games in the UK and has clear connotations with price – as you make your way along the board, prices become more expensive which is what we wanted to represent with childcare costs. It’s clear from our data that location has a huge impact on the price of childcare providers, as it does with so many other things.

It’s no surprise that a London borough has topped the list as the most expensive city, or the ‘Mayfair’ of childcare costs. However, price depends on the professional, so it will never be something the industry has a standard pricing structure on, which is why I think it’s useful to see the average of other childcare professionals, especially in certain areas.