Back in early February 2020, we launched an initiative to offer a free newborn nanny to any member of our parenting community who could prove that their child was born on the 20th November 2020, exactly 9 months (40 weeks) after Valentine’s Day.

One lucky mother from Chippenham, Wiltshire has found her 2020 has ended on a high. Her longed-for ‘Valentines IVF’ baby boy, Robin, was born on November 20th and has come forward to claim the prize of a live-in nanny to support her and her family for the first three months of his life.

Our founder, Richard Conway, came up with the idea to give away the gift of newborn support after a survey of our members found 93% said they didn’t feel comfortable being open about struggling as a new parent. The survey also found 78% say the first few months of being a parent are the most challenging.

When asked what they struggled with the most during the first couple of months of being a parent, 42% selected ‘lack of sleep’, 26% said ‘loneliness’ and 21% said ‘judgement’.

Katherine Walsh, 31, a second-time mum to two children born by IVF, was able to prove by birth certificate that her baby boy was born on 20th November and will be awarded £6000 in cash to fund the childcare provider of her choice from Childcare.co.uk. 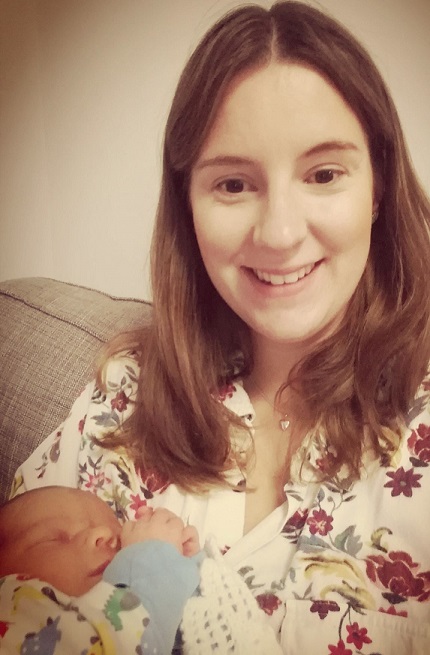 Newborn nannies provide support with night-time changes, feeding, establishing a routine, and helping with the family cooking and chores.

The nanny will also importantly give Katherine some much-needed time to relax and enjoy time with her new baby Robin and his big brother Finn, 5.

Katherine says: “We're thrilled to have won the Valentine's baby competition! Robin is a much longed for IVF baby so we already feel like the luckiest parents on earth but this is just the icing on the cake. Thank you so much to Childcare.co.uk for giving us such a positive end to such a strange year.”

Richard Conway, founder of Childcare.co.uk, says: “This year has been harder than ever for many parents and so we’ve tried to find new ways to support them with childcare choices - from virtual nannies you can hire on our site, to fun initiatives like this. The underlying reason behind our newborn nanny initiative was a desire to highlight the problem of parental guilt and stop people feeling bad about asking for support.”

Childcare.co.uk is the UK's largest childcare platform with over 2.5m members, helping connect parents with childminders, nannies, babysitters, tutors and other household helpers.