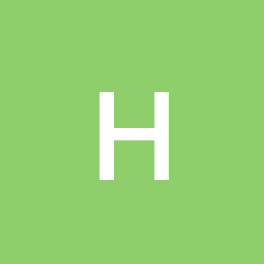 I am level 3 Childcare qualified. I also have a level 2 Health and Social Care qualification.

I am Pediactric first aid and Safeguard trained.

I hold a clean and up to date DBS, I am on the update system.

I have previous childcare experience, this entails Nannying (sole charge and shared care). Also Mothershelp and Nursery experience too.

I have a CV and lots of great referees avaliable.

I am friendly, caring and a very happy person. I am very reliable, trustworthy, and hardworking.

I am currently seeking Nanny or Mothershelp employment, either part or full time.

I look forward to hearing from you.

Level 2 Health and Social Care quailification at double Distinction grade and was awarded student of the year. During this course I secured myself two work placements in local nurseries. 2013/2014.

Level 3 childcare qualification, which I gained during a years apprenticeship with a local nursery school where I worked with babies- 5year olds. Mainly working with the 3- 5 year olds. I also had two key children during this time. 2014/2015.

Mothers help- 9 month old boy, one day a week (2014). This role involved, nappy changes, visiting local baby groups, walks around the local area (parks, libaries etc). Supporting with potty training, assisting with meal times, bottle feeds, play based activities at home and messy play. And most importantly creating a close bond with the child and mother. I have since looked after this little boy irreguarly, he is now 3 years old.

Communication and Language support for twin 4 year old Spanish/ English speaking boys when they first moved to England. One evening a week, I gathered resources together, planned and engaged in activities to aid their needs. 2014/2015.

Nanny before and after school, for twin 5 year old Spanish/ English speaking boys (Same children as in the above paragraph). This role involved; getting them ready for school, preparing bags for school and clubs, taking them to school (usually on bikes or walking). Communicating between teachers and parents, collecting the boys from school, taking them to after school clubs, preparing them a healthy snack, supporting with their reading and homework daily. Lots of play, games, inside and out, craft and baking. Implimenting reward schemes for behaviour, building a strong relationship with the Spanish mother who lacked any English intitially. School holiday care, involving outtings (parks, soft play, zoo etc). General tidying of kids areas, ocassionally making their beds and doing the childrens laundery. Once a week cleaning downstairs and a daily kitchen clean after breakfast. I also was responsible for planning and organising the boys 5th and 6th birthday parties, from invitations, decorations, food, entertainment, running the parties, thankyou notes etc. Sept 15- July 16.

Mothers help- one day a week for a 3 year old girl. This role involved taking her to toddler groups, assisting with her lunch, taking her out to local parks, cafes and soft play. May 16- Aug 16.

Lots of local babysitting for a variety of ages.

Currently I have taken on three after school sessions, 3-6pm tue- thur. This role is for a 4 year old boy and 2 year old girl. This role involves; collecting from school and Nursery. Either taking them home to do a range of activites (baking, sharing stories, craft, imaginitive play, garden play etc.) Or taking them on outtings to local parks, recreational grounds to play football etc, nature trails, farms, cafes, soft play). I also do some school holiday cover. Sept 16. April 17.

I have looked after a 1 year old boy, as a temporary mothers help role. Once a week as a 3 hour session, in which I supported at lunchtime, engaged in play inside and out, local pushchair and push along trike walks, parks, and supporting at nap time. Sept 16. Dec 16.

Most recently; working in a mini nursery. Supervising the baby room. April 17- current. - wanting to return to Nannying or Mothers Help as this is where my passion for childcare lies. I love the close relationships you can form with the children in your care and the parents. I love to be out and about enjoying the local area with the children and having quality one to one time with the children which isn't the same in a Nursery environment.

Negotiable but around £12 per hour.