review of Maria - Nanny in Chorleywood 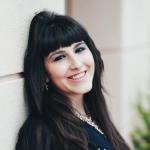 I have given this lady a trial in my house for six days. She clearly has no idea how to work with children, I would not recommend her to anyone. Then she refused to leave my house once I told her it wasn’t going to work out. 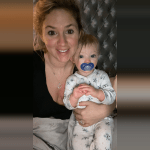 My experience with Frankie ended up being incredibly upsetting. We agreed a 4-day trial period, which Frankie then extended to 8 days, for which she said she would pay me. I pride myself on being conscientious and performing all tasks to the best of my ability and so I did everything that Frankie asked, including cleaning and ironing, which hadn’t been part of my original job description. During this time, I spoke to Frankie to clarify my role and whether she would be offering me a contract. I didn’t receive a clear answer regarding the scope of my role, but she said that she was planning to offer me a contract and I hoped that more clarity on what my role consisted of would be provided when I received the contract. In the meantime, I continued to carry out my work diligently. At the end of the 8-day period, and out of the blue, Frankie sent me a text message to say that she did not feel I was suitable for the role and that I was to leave the house immediately. I asked her to provide me with some feedback about my work, but she refused. She came home shortly afterwards while I was packing and I asked her if she could pay me for the days that I had worked and she refused. I asked her again to pay me for the work that I had done. She became extremely abusive, both verbally and physically, and so I left. I have since tried to contact Frankie again to discuss the situation and to request payment, but she won’t respond to my messages and has just left a review instead. Since I am unable to discuss this situation with Frankie directly, I feel it is only fair that I am able to provide my version of events. The whole situation was extremely unpleasant and, ultimately unnecessary, had communication been less one-sided. I don’t want it to put me off working as a nanny, as it is a job that I love and do well, and I hope that it won’t deter prospective families from working with me. As you can see from previous, more detailed feedback, I am a trusted, responsible and hard-working person. Thank you.