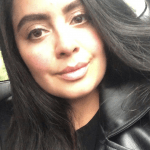 I am a confident maternity nurse who is caring, empathetic and encourages a healthy eating and sleeping routine for new borns and will support mothers in breastfeeding as well as with mixed/bottle feeds. 90% of my new borns sleep throughout the night from 8-10 weeks old if families are happy to take on the advice I bring with me.

I am looking for for part time maternity nursing roles up to 3/4 nights a week and am flexible for ad hoc evening babysitting’s during the week or weekends.

I like cooking, reading, music and travelling and socialising. I am happy, motivated, responsible and very caring and most importantly love children!

Please do not hesitate to contact me by phone or via email to talk further if you are interested in taking me on as your nanny/maternity nurse/babysitter.

(Please book well in advance as I am in high demand.)

Looking forward to hearing from you.

Nanny - Gretchen
(Carshalton) June 2017 - August 2018
Looked after a lovey 2 year old girl for a year. Role included day to day routine;
-Breakfast
-Play dates (with my own daughter or neighbour)
-Organise activities (indoor, outdoor)
-Babysitting in evenings
-Family was flexible enough for me to bring their child home with me
- Encourage and maintain Montessori ethos within the home
- Taught basic Spanish to the child as I am fluent in Spanish
- Cook meals

Nanny-Sandra (High Street Kensington) March 2013-April 2015
I looked after two boys ages 8 months at start of position and then a new born for two years as a live in nanny, my duties were;


Nanny/PA- Vicky (Barnes) July 2012-October 2012
I worked for a single mother and her 12-month-old toddler teaching her Spanish, my duties were;


Nanny-Sharon (Purley)
I do ad hoc work for a lady in Croydon who has two children, ages 10 months and 4 years old, my tasks are;


Nanny-Emma (Fulham) April 2011-May 2011
I done holiday cover for Emma’s usual nanny and took care of her one-year-old child, my tasks were to:

Nanny-Margeruite (Kingston) August 2010 – March 2011
I am worked with twin boys which when I started were only 3 months, my tasks were;

• To help maintain babies routine
• Help with weaning off milk to solids, prepare compots
• Bathing and general hygiene
• Babysitting/nursery duties
• Prepare healthy food
• Take babies out for walks and play with them

Nanny-Fummi (Croydon) June 2010 (1 week)
I was recently given the chance to work alongside a first time mother with a 7-week-old baby. I observed and helped the mother as much as possible to gain experience working with newborns. My tasks were as follows;


Nanny- Caroline (London) May 2010 – June 2010
I worked full time for a month with a family looking after their two girls aged 3 and 15 months, my daily tasks were as follows;


Nanny-Catherine (London) August 2009 – December 2009
I worked part time looking after an 18-month year old boy, my tasks were as follows;

Nanny-Emma Capaciolli (Italy) – June-July 2009
I went abroad and looked after a 3-year-old girl during her holidays in Tuscany; her parents had to work full time so it was a sole charge position, my tasks were;


Nanny– Mrs. Roncolato (London) –January-2008/August -2008
I have currently worked twice a week as a babysitter/nanny for a family with a 4 month baby, my tasks were;


Nanny- Mrs. Rodriguez (London)-September -2007/February-2008
I worked with a five-year-old child whose mother had broken her leg, I looked after him twice a week and my tasks were;


Au pair - Mr & Mrs Ecarnevale (Sicily) - January-2007/September-2007
I worked within a family setting for 8 months abroad looking after two children aged 2 and 3 years my tasks were;

• Bathing children, dressing them, helping with morning school run
• Teaching children English through play
• Going for walks or to the park with one of them each afternoon
• Tidying children’s play room and helping with general care of the children
• Helping to maintain the general house hold and acting as part of the family

Caterham Pre School & Nursery (Surrey) – May-June/2000
• I worked on children’s developmental stages. Birth to 11 months, 8 to 20 months, 16 to 26 months, 22 to 36 months, 30 to 50 months and then 40 to 60 months.
• I studied personal, social and emotional development, communication, language and literacy, problem solving, reasoning and numeracy.
• I also studied knowledge and understanding of the world, physical development and other appropriate creative development and stages according to the necessities of each child.
• Also as part of my Health & Social care A-levels I worked within other nurseries within Croydon

i am available ASAP

No reviews have been submitted for this Maternity Nurse.

Block Report
Add a Review Send a Message to this Maternity Nurse
Share this profile: