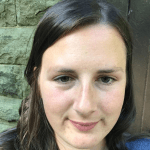 My name is Danielle (Dee) Shearing, I am 27 years old and I love being out in the country side walking I have a couple of dogs and really enjoy walking them. I have done my gold DofE this has taught me a lot.

2010 -2011 I completed my level 3 Childcare and Education, on an apprenticeship at Nomansland pre-school, I worked for four days a week and then I was at Totton College for one day I also had 4 key children.
2010 -2012 Nomansland Pre-school, employed me once I gained my Level 3, for four days a week and one day working on learning journeys. I had 9 key children which I looked after; it’s given me a great experience to work in a team and also to care for the individual child.

May 2012 to January 2013 I was a nanny for a family covering maternity leave.
I had sole responsibility of one little girl age 2yrs. I was responsible for all aspects of the child’s daily routine. It taught me a lot about childcare and how different it is to care for 1 individual compared to a large group setting.
February 2013- April 2015
I started working for an agency; my 1st placement was in Egg Day Nursery. I worked there for just over 2 months with the agency, then nursery offered me a full-time job in the Chicks room (age 3 to 5 years) as a nursery nurse in May 2013. I had up to 13 key children which I planned for and make sure all needs are met. I worked my way up with in the nursery and I became a 2nd in charge in the Hatchlings room (ages 14 months to 29 months), my main role was to support the room leader with her job role and when she was away I had to cover her in the room. I become a Room Leader in the Hatchlings room in June 2014, I over saw everything in the room alongside having my own key children I had up to 8 key children which I planned for and make sure their individual needs are met.
May 2015 – December 2016 I worked at Hebden Lodge Nursey.
I worked in the baby part of the room ages 6 months to 2 years. I had to care for each Childs individual needs. Such as feeds, sleeps and planning. I had 8 key children under my direct care.
Alongside this job I worked for A local family looking after 2 children for 1 day week the children where aged 1yrs -2yrs I still babysit when the family needs me.
January 2017 – July 2018
I work as a sole charge nanny for a family with 2 children, 2yrs and 6yrs. I had the day-to-day responsibilities of looking after them both. This includes all duties from mealtimes to daily activities and also organising groups and activities within school. I also do light house-keeping duties such as clearing & tidying up after the children, cooking meals and also their laundry. In the last year I’ve been away abroad with the family to their holiday home in Europe as well as other holidays away, this consisted of me being in charge of the children most of the time. Occasionally since working here I’ve worked some over nights whilst being in sole charge of both children, house and pets.
August 2018 to May 2019
I working for a family in Harrogate with 4 children aged 2yrs, 3yrs, 8yrs and 11 yrs. My responsibility was the day to day running of the house and routines of the children making sure the older two children get to the clubs on time. I had the younger two all day where we’d go to groups, swimming, and they love cooking. Some of the time was divided between Mum & Dad so I have to ensure the children were aware of where they need to be as well as having the correct uniform and outside interests kits with the Parent. I also did light house-keeping duties such as clearing & tidying up after the children, shopping, cooking meals and also their laundry.

August 2019 to present
I have been working as a senior care worker in a residential home for Esland care. My responsibilities have been to ensure the smooth running of the home of up to 4 young people. Ensuring their needs are meet by completing a care plan that involves the young person decision making, teaching them daily life skills, working alongside other agencies. I am responsible for safeguarding the young person and ensuring any concerns regarding them are escalated. I have effective relationships with the young people, their families where necessary & outside agencies. Providing activities outside of school, supporting them with daily life issues. Nurturing and supporting all young people, with a high level of care and support on a daily basis what ever their requires are for the day.
I also work as part of a large team, which I am part of the management side, which involves many different responsibilities

Block Report
Add a Review Send a Message to this Nanny